I’ve always been fascinated by the beautiful and colorful “pop” of bell peppers. So, what better way to celebrate this awesome vegetable than by making our own pop-up peppers?!

This craft was inspired by these adorable 3D Paper Apples by Krokotak. It’s surprisingly easy to make the peppers pop using strips of paper, and you can really do it for any round-shaped fruit or veggie.

This paper peppers activity does require a certain amount of precision. So, grown-ups might be on the hook to help with some of the steps. This would also be a great activity for older siblings to help by leading the way.

While crafting, you and your kids might want to take a moment to learn some fun facts about this meal’s featured ingredient:

Consider setting up the craft before cooking so that your kids can get to work right away.

Back to Quinoa Veggie Bowl with Romesco Sauce Recipe

Place every ingredient in the bowl separately, with the quinoa in the middle.

We recommend that all meals for children be served with milk. 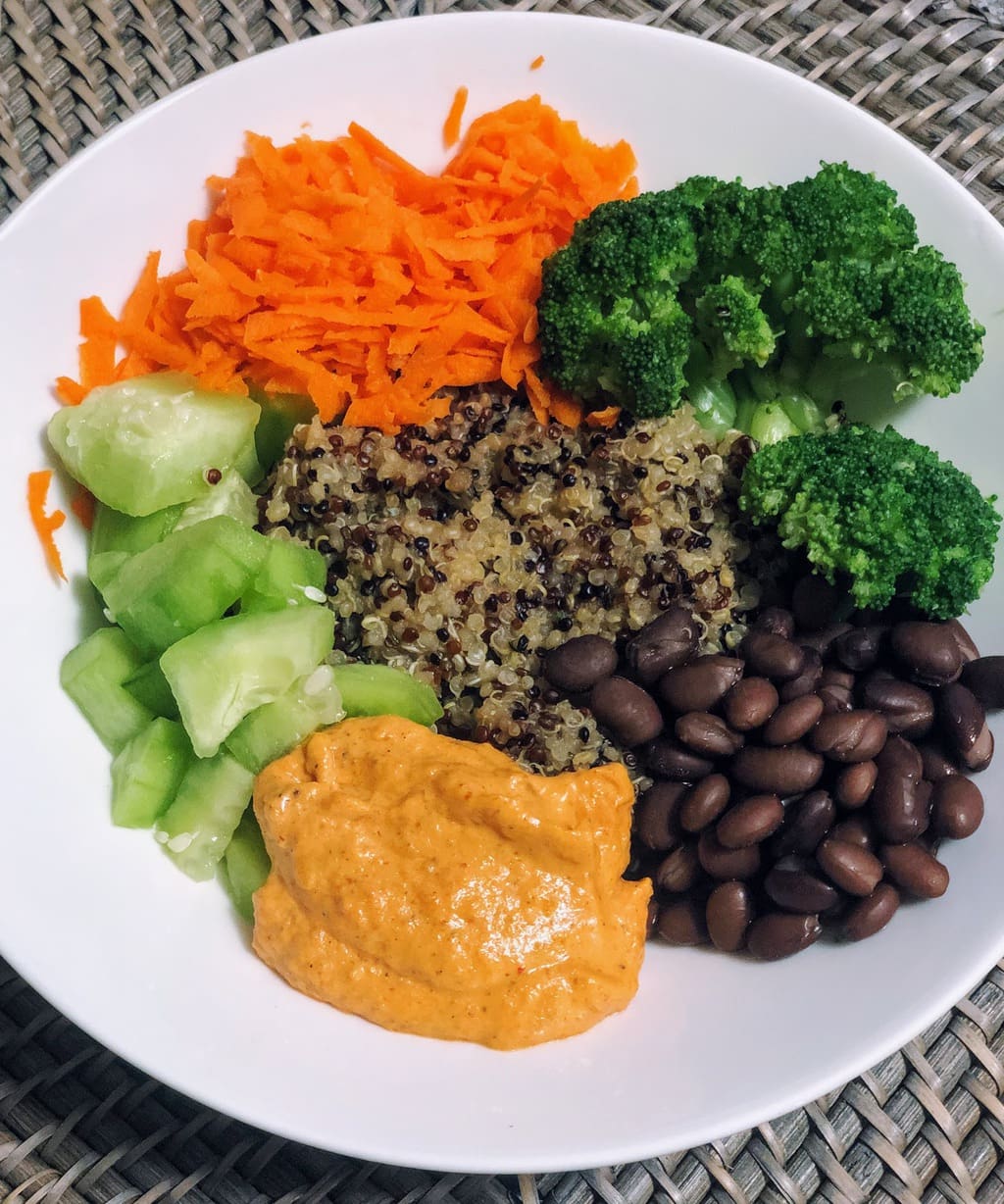