We stumbled upon the idea for this Halloween witch craft while making our delicious One Pot Chicken Apple Sausage. Eggplant is not something we eat a lot, so my kids were definitely curious about this unfamiliar purple thing. Lol. So, I decided to make it the focus of our One Pot Fall Pasta and the base for our corresponding fall, Halloween craft (instead of the more typical pumpkin/gourd). Hence, eggplant witches for Halloween! 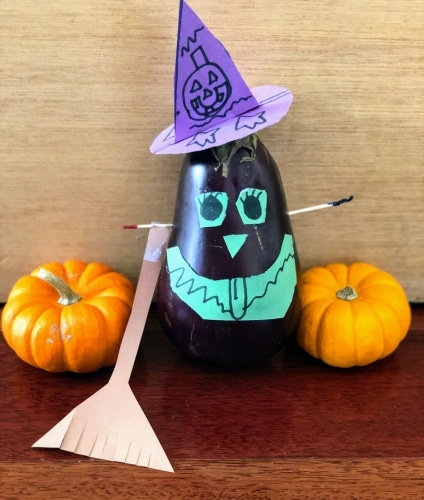 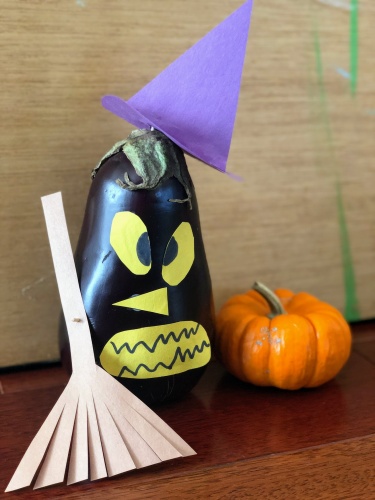 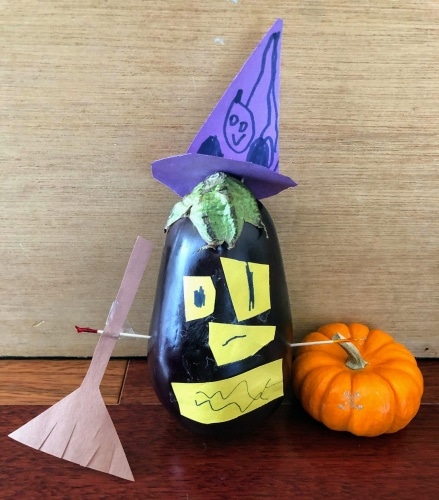 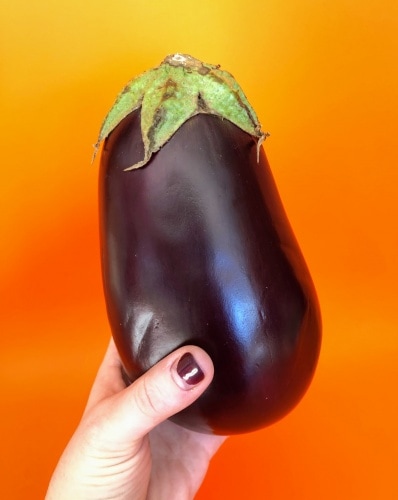 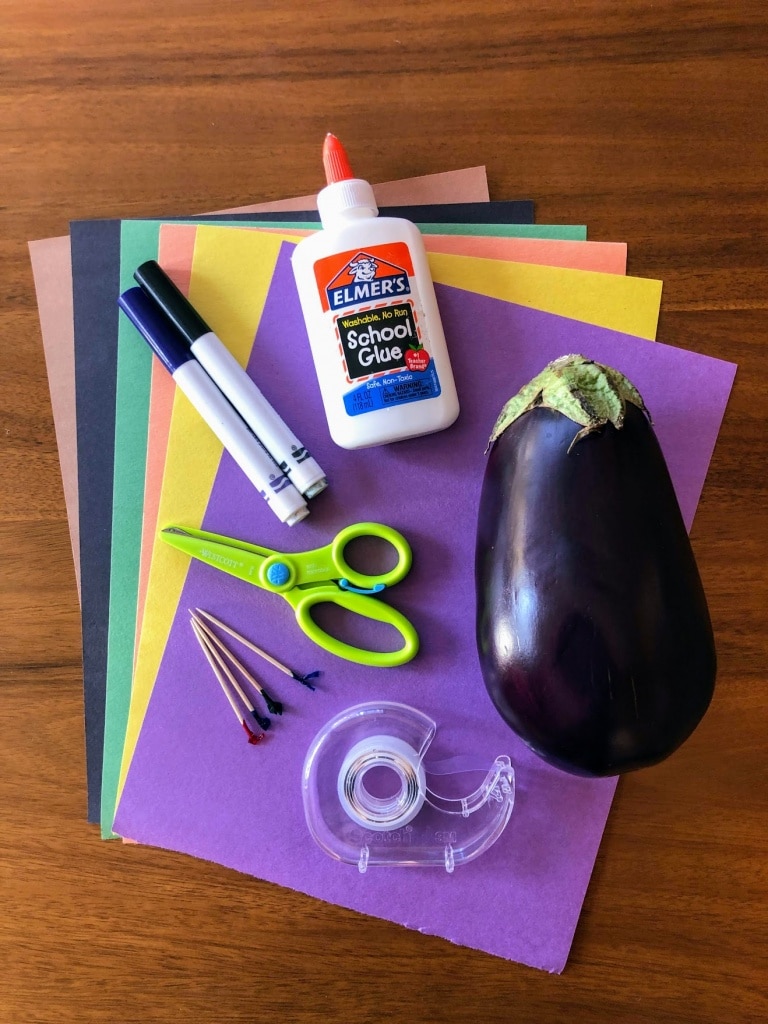 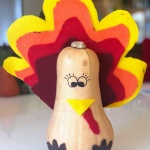 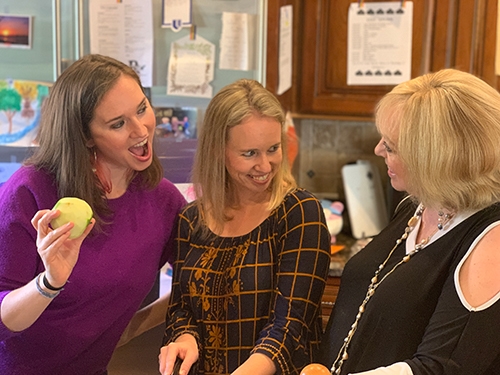 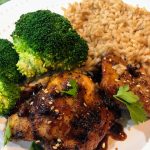 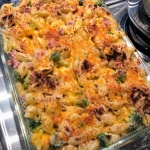 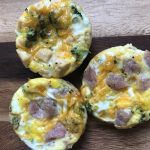 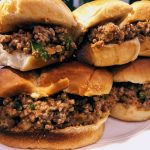